Three Captains and a Ranger—Classic TV at its Classiest.

Captain Z-Ro. Somewhere in a remote, uncharted region of the planet Earth stands the laboratory of CAPTAIN Z-RO. In this secret location, known only to a few in the outside world, CAPTAIN Z-RO and his associates experiment in TIME and SPACE ...to learn from the past ...plan for the future...


Okay, who would not love an intro like that? Who could turn the channel? And yes, I said turn, for Captain Z-Ro existed in the old days and on the old TVs. Imagine: you had to get up, walk to the TV, and manually turn the channel. Oh, the pain! And the sparkling black-and-white. Love it!


Captain Z-Ro had, in my humble opinion, the coolest mustache and beard combo. Ever. Check it out: Z is on the right, with his pesky kid sidekick Jet beside him. Z sent Jet into the past to correct incipient errors before they could reverberate down through time and change stuff. Like, really important stuff. But the helmet made it all worthwhile, don't you think? 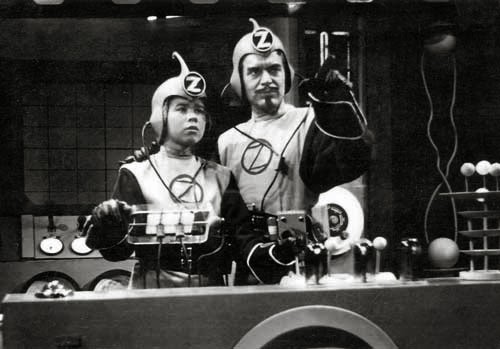 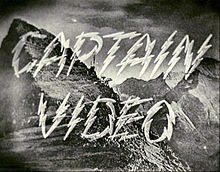 Lots of renowned science fiction writers penned episodes of this tragically lost series, including Isaac Asimov, Damon Knight, Jack Vance and Arthur C. Clarke. One can't help but wonder which one of these greats came up with the absolutely coolest and most perfect villain's name in the history of scifi and all else of vast importance: Chauncey Everett.
Okay, maybe you had to be there.


Very few episodes survive today because of some idiot who burned most of them back in the 1970s. Whoever committed such a heinous crime, I hope he is now paying for his dastardly crimes. Painfully.


And then there's Rocky Jones, Space Ranger. Clean-cut, square-jawed Rocky and his crew used either the Orbit Jet XV-2 or, later in the series, the suspiciously similar Silver Moon XV-3. We were often treated to a glimpse of the Orbit Jet/Silver Moon, looking like a V2 rocket—remember, this was only a few years after the end of WWII—setting down in what appeared to be a power station. Something very much like this, in fact: 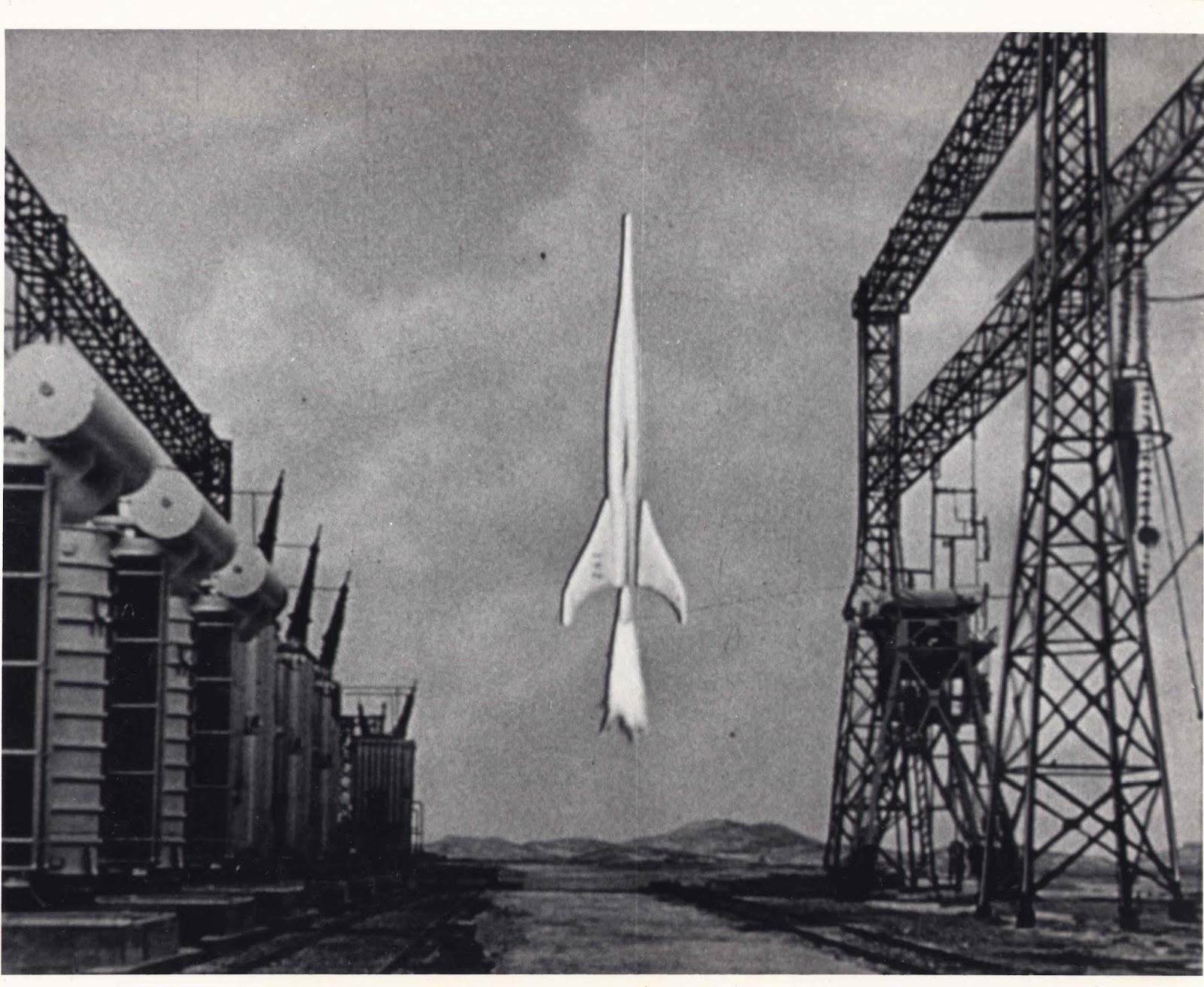 Seriously futuristic, Rocky's spaceship had electronic viewscreens—most other early TV scifi made do with a plain old window or at most a porthole—elaborate control panels sans wheel or stick, powered doors that OPENED WHEN YOU APPROACHED, a cloaking device, subspace radio—hmm, sound familiar to anyone? Anyone?—and artificial gravity which was actually explained and occasionally used as a plot device.


Clearly, this was one 50s series that was decades ahead of its time. And Rocky himself was a babe: 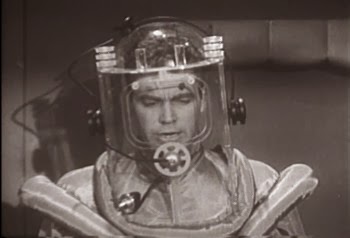 And, though he didn't actually spend time in space, I also had a thing for Captain Midnight, also a babe: 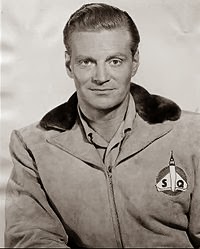 Captain Midnight had a penchant for standing around with his hands on his hips, and he had a lovely booming voice. And he was a hero, of course.

Charming, upbeat, endlessly positive, everyone looking forward to an exciting future in space and time, heroes who always saved the day…


Is it any wonder I loved these series as a kid? And they obviously affect me still and even unto this day...