What I've Read and Reviewed Lately 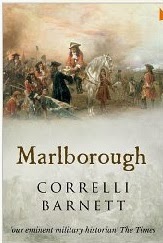 John Churchill, the future 1st Duke of Marlborough, started life with very little. His father, Sir Winston, was a Royalist during the Protectorate and had to pay ruinous fines, so John was on his own. Dazzlingly handsome when he arrived at court—indeed, dazzling in so many ways for his entire life—he became the lover of Barbara Villiers, sharing her with Charles II, during the same time his sister was the mistress of James, Duke of York. 'Scandalmongers of the period and priggish and prurient historians since have suggested, their breath indrawn with disapproval, that Marlborough owed his commission to the fact that his elder sister Arabella was the Duke of York's mistress; if true, it was fortunate for England and Europe that the Duke found her person so agreeable.'

But the moment John Churchill saw Sarah Jennings, no other woman ever interested him. And the two of them as an indissoluble team went on to incredible fame and fortune.

John Churchill fought for, and then against, both the Duke of Monmouth and James of York—at that time, James II. Churchill rode out on James' side, then rode off to join Dutch William. And the list of his others battles rings through history: Blenheim. Ramilles. Oudenarde. Malplaquet.

Corelli Barnett brings out both the private and the public man in Marlborough with style and grace and depth. The private man is clear in his deep and abiding love and passion for his wife; Marlborough wrote to Sarah from the continent, saying ''I doe assure you that your letters are soe welcome to mee that if thay shou'd come in the time I were expecting the enemy to charge mee, I cou'd not forbear reading them.' The public man was just as obvious; some time before it was even suspected that the Hanovers might come over to take the place of the Stuarts, the Electress Sophia said about Marlborough: 'He is skilled as a courtier as he is brave as a general.'

Bypassing the Muse: Butt in Chair, Hands on Keyboard 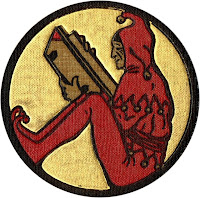 Do you sit around and wait for your Muse to pay you a visit? Maybe spend some time playing a little of her favorite music, watching a movie in her/your chosen genre, or just taking a walk, hoping to lure her in, all the while praying for that creative lightning to strike?


That doesn't work for me. My Muse is elusive, not to mention sneaky. She generally pops into my head when I'm elbow deep in canning tomatoes, or on a long walk with two dogs that have no intention of going home yet and seem to be, in fact, training to pull a sled, even though they both top out at just under thirty pounds.


I am a martyr to my dogs and always have been; they know I'm a weakling where they're concerned and they take full advantage.


So there I am, jamming tomatoes into jars, juice running everywhere or, conversely, trailing like a kite behind a dog who is a past master at ignoring me. And of course, that's the very instant when my Muse pops in. Why don't you write a story, she says…this would be a great scene, she murmurs…this is how you need to fix that problem in chapter seven, she lectures…
So I've given up on luring her in, because let's face it: the woman has no sense of timing. If she'd just show up when there's a pencil around, for gosh sake. I don't even insist on my computer. But no….. No, she obviously gets a giggle out of watching me try to trace plot points and outlines—if I could outline, that is, which is a whole other story—into the dirt, punctuated by doggie footprints and other, less savory, dog creations.


So I've found a way, not to defeat her, but to circumvent her. I write. Every day, and if I'm lucky, at the same time every day. I know you've seen this advice from other writers and you've probably thought: It may work for them, dull and disciplined hacks as they are, but I'm an ARTIST. I have to wait for inspiration.


Bull. What you have to wait for is the time, every day, when you plunk your butt down in your chair, put those hands on that keyboard or grab that pen, and start filling up that leering, sneering empty space on the screen or notebook in front of you. Write. Write character descriptions if you're stuck on the story. Write future story ideas and plot outlines if you're blocked on your current WIP. Write dialogue between your major—or your minor—characters. Heck, write your character's grocery list for her; you'll probably learn lots of new things about her.


Butt in chair. Hands on keyboard. And…write.
Posted by KGMcAbee at 2:52 PM No comments:

While I seriously love science fiction and fantasy—and horror and pulp and comics and mysteries—I enjoy both reading and writing other genres. For example, I've got a spiffy Regency romantic suspense coming soon from Rogue Phoenix Press called Miss Mayfair's Dilemma. Here's the awesome cover art by the amazingly astonishingly extraordinary Genene Valleau: 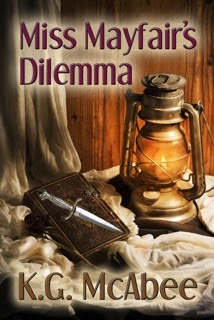 L. Ron Hubbard and Me

Back in January of this year, an English zine offered writers the opportunity to do a NaNoWriWee. Now, we're all familiar with National Novel Writers Month, aka NaNoWriMo, where intrepid writers vow to write 50K—yep, that's fifty-freakin'-thousand—words in a single month, and not even a month with 31 days. No sir, NaNoWriMo takes place in November every year, so the said intrepid writers lose an entire day of writing as opposed to some other month.


Okay. So I've succeed at NaNoWriMo—been there, done that, accomplished the amazing feat of writing 50 thousand words in 30 days. Twice, in fact.


But the Kernal, the English zine I mentioned, wanted to up the ante. They proposed a NaNoWriWee—in other words, a National Novel Writing Weekend. Thought it was gonna be 'week', didn't you? Nope. Weekend, as in three days; okay, a long weekend, but still. And they didn't necessarily insist on a true novel in three short, frantic days, but the goal was for a sturdy-sized, complete story told in a novella.


Okay, I read about it and I was in. After all, who really knows how much she can write in 3 days…until she tries, right?


So, I had an idea, a steampunk-tinged zombie mashup, that I wanted to try out. I did. Got just a shade over 18K before I finished up late on a Sunday evening in January.


And I entered it into the competition…and came in either second or third, since there was a winner and two runner-ups. I'm calling it second, though the other runner-up might have some issues with that. Never mind.


So anyway, I had this reads-surprisingly-well-in-my-opinion novella, and bragging rights about coming in second—or possibly third—out of about 130 entries.


Now what was I going to do with it?


I decided to enter it into L. Ron Hubbard's Writers of the Future contest, of course. I had to whittle it down to 17K words, cause that's the limit, but that wasn't too hard. I write fancy sometimes; don't we all?


Anyway, I entered. Do you know how many people enter the Writers of the Future contest every quarter? Me neither, but I'm leaning towards somewhere between a whole bunch and a gazillion, from lots of countries too.


But I did get an Honorable Mention, out of all those bunches of submissions.


And I'm working on a sequel.

Lately, I've been involved in several projects, some with fellow writers, some by myself. I was encouraged by the incredible writer/artist J.A. Johnson to self-publish some of my older short stories at Smashwords. That's been serious fun, though I've discovered I'm seriously cover-art-challenged--apparently I have the esthetic sense of a mole.

But the stories are fun to re-visit, whip into shape and make available.

Other projects include a series of space opera short stories by me, J.A. Johnson and J. Kirsch, scifi geeks all. Check out Tales from Omega Station at Smashwords to see what I mean.

Other projects are coming along soon...
Posted by KGMcAbee at 2:18 PM No comments: